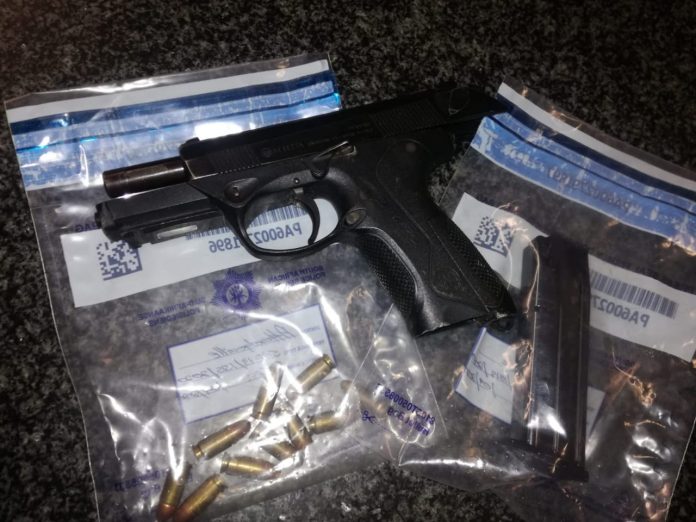 The South African Police led a multidisciplinary operation in Atteridgeville on Wednesday evening until the following morning.

During the operation, the police came across a white Toyota quantum at Maunde Street around 02:20 in the early hours of the morning. The vehicle was stopped and searched. A pistol with serial number filled off was found.

The 35-year-old taxi driver was immediately arrested and detained for unlawful possession of a firearm. A second firearm was also found in possession of the suspect in Phumolong taxi rank. Both firearms will be taken to ballistics for further investigation and determine if they were ever used in any commission of a crime.

The show of force was evident on the night as the most notorious hostels were raided effortlessly.

During the hostels’ raids, four illegal shebeens were closed down and the owners were given hefty fines for selling liquor without licenses. A charge in dagga was added to one of the shebeen owners after he was found with a large quantity of dagga.

One suspect was found with two large refuse bags containing dagga in his car, he was then arrested.

The presence of the police and other law enforcement agencies in the area of Atteridgeville ensured the curfew was observed. General Hilda Mohajane commanded the members for recovering the firearms and removing them from the streets.